In 1968, the District of Columbia and other parts of the country experienced a major transformation and shift as public schools were desegregated. In Washington, DC, valiant efforts were made to accelerate integration and to provide people of different races and socio-economic backgrounds equal access to opportunities, education, and programming. Once such initiative was “Summer in the Parks,” embraced and branded by the National Park Service to encourage an integrated approach to community gatherings, social, musical, and art activities in a new and empowering way.

The city virtually blew up in 1968, and people all over the city, especially those of us who had teenagers, did everything that we could to bring peace back to the neighborhood. That’s why we brought Summer in the Parks to Reno." 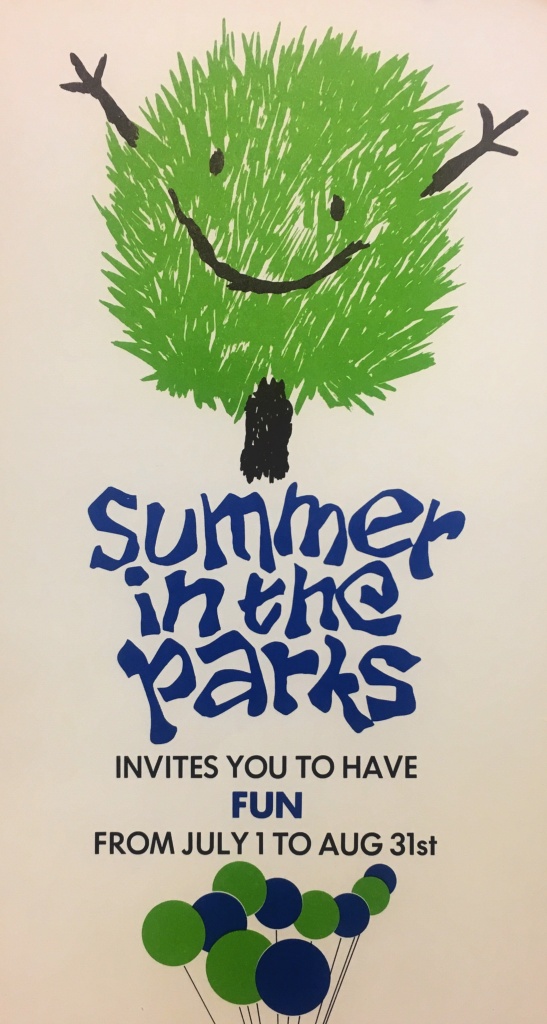 “Summer in the Parks” was a valuable program implemented across the city and was specifically designed to bring under-served African American youth and diverse audiences into DC’s Parks, including Carter Barron Amphitheatre, Fort Dupont, Meridian Hill Park, P Street Beach, and Fort Reno.

At Tenleytown’s Fort Reno, community members involved in the Neighborhood Planning Council #2 and #3 sought ways to bring a variety of musical and artistic acts to the park to celebrate the diversity of the District. Individuals like Father George Dennis and Barbara Luchs organized to build a stage, to recruit bands, and to cultivate an audience.
Thanks to their efforts, the opening season of Fort Reno concerts in 1968 included mixed dances, concerts, and performances by racially diverse groups like Paul Hawkins Latin Ensemble and the Trinidad Steel Band.

Fort Reno concerts are incredible events and part of an incredible tradition. It is unique to Washington. There are very few places where something like this happens.”

In subsequent years, the programming remained diverse and the number of performers increased over time. By the summer of 1971, there were weekly “teen dances” and concerts though the names of specific musicians/bands involved has been lost. Particularly in the mid-1970s, there exist holes in the historic record as noted in the chronology below.

Due to a decentralized emphasis on management of the National Capital Parks, the “Summer in the Parks” program was terminated in 1976. The concert series at Fort Reno, however, lived on through volunteer organizers and community members. It continues to this day with zero funding from the District of Columbia or the National Park Service.

Growing up in the Washington area, I saw so many unknown bands at Fort Reno…many of which went on to becoming legends years later.”

During the exhibit's showing at Tenleytown's Art All Night, we asked visitors to share their memories of concerts at Fort Reno.

Reno-Tenleytown: Recover Black history of this neighborhood! Redress for the shameful (Wilson-administration) segregation of D.C. and destruction of the neighborhood"

Visitors expressed explicit connections between the Summer in the Parks Concerts and displacement in the Fort Reno community, and we were left with questions about how to engage with histories of displacement. How can projects like this retrospective be in conversation with others on the Fort Reno community to create a more rich history of the neighborhood and to challenge our understandings of this space? How can we work to connect projects across the city to think differently about these issues? 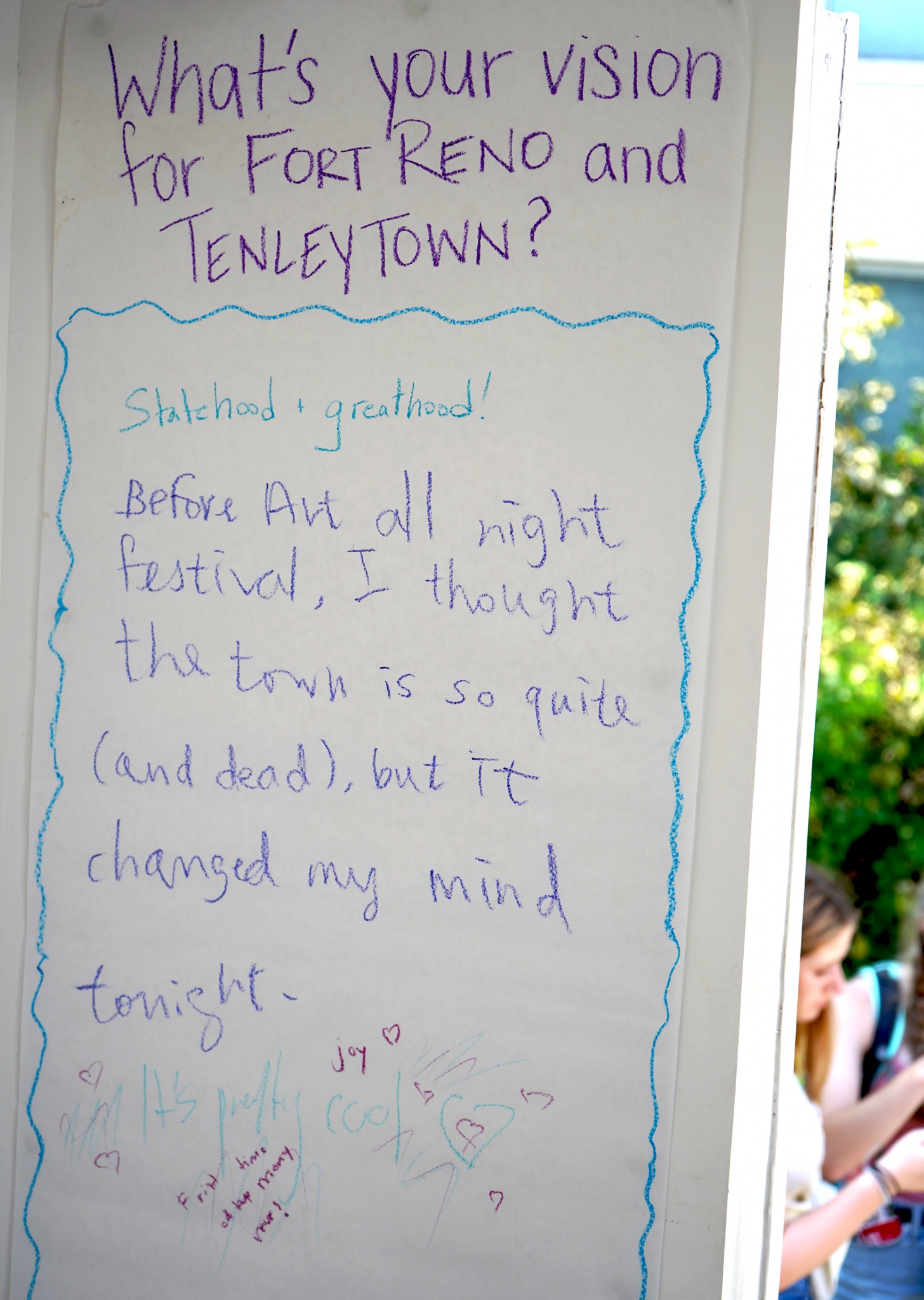