Explanation of where the truck was (Studio Wallbridge House), who we partnered with (Lilly and Earl Pilgram Foundation), and the date.

Each year since it’s founding on December 1, 1989, Day Without Art  celebrate the lives and achievements of those who have lost their lives to AIDS as well as those individuals who are living with HIV. It also serves to educate the public about HIV infection and prevention as well as advocate for proper education and resources, just as it did on the first Day Without Art when many museums and art galleries covered their exhibits in favor of pop-up exhibits that centered AIDS related education and advocacy. The observance was founded by Visual AIDS in 1989 to coincide with the World Health Organization’s World AIDS Day,

On it’s 10th anniversary in 1998, Day Without Art became Day With(out) Art, with the parentheses being added to both emphasize the continued support of art that is focused on the AIDS pandemic and to inspire the featuring of artists who live with HIV.

When Visual AIDS first created this event, more than 800 art institutions participated in a variety of ways, including creating exhibitions, programs, memorials, and performances. Since 2014, Day With(out) Art has included a video program commissioned and distributed by Visual AIDS. Today, thousands of participants from around the world take part in Day With(out) Art. 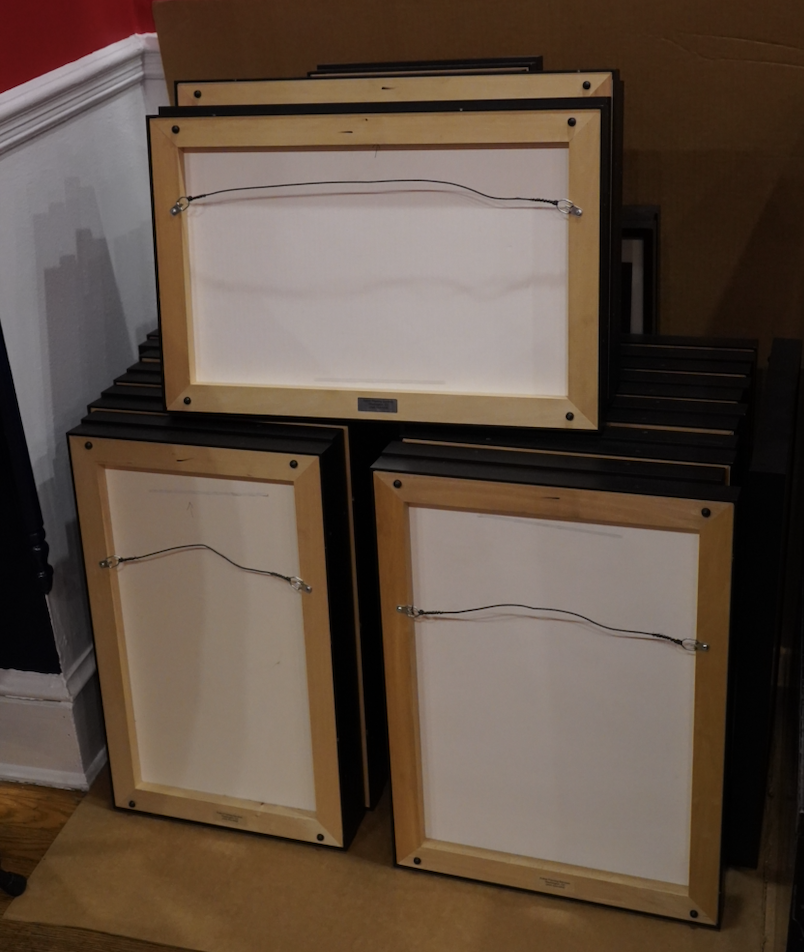 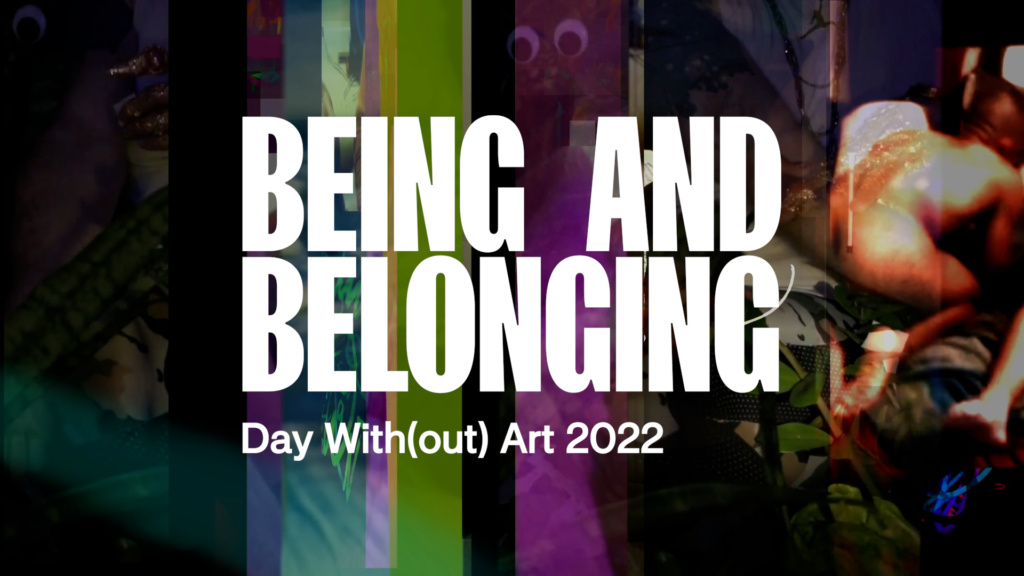 Visual AIDs Day, Being and Belonging

Being and Belonging started with an open call, with the purpose of searching for stories of HIV and AIDS that featured voices that have traditionally been left out of narratives on the AIDS crisis. For the first time since Visual AIDS began commissioning video programs in 2014, this year’s collection of videos consists entirely of the perspectives of artists currently living with HIV. These artists come from five different countries from across the world, and they belong to a younger generation of people who were, for the most part, diagnosed with HIV after antiretroviral treatment became available in 1996. Despite the availability of highly effective HIV treatment, this collection also highlights the existence of significant gaps in heath care in many countries for those living with HIV.

Being and Belonging shows how people living with HIV create a sense of belonging and how they establish their autonomy in various facets of their lives from navigating personal relationships to fighting against harmful government structures. This collection of videos gives voice to perspectives that are often overlooked in contemporary narratives on living with HIV.

To honor the Day With(out) art this year, the Humanities Truck partnered with The Lily and Earle M. Pilgrim Art Foundation to host a screening of the film, Being and Belonging, accompanied by performances from grammy-award winning artists Cathy Fink and Marcy Marxer, as well as a story-telling exhibition by puppeteer Rev. Dr. Julianne Robertson.

Before and after the performances, Dan Kerr interviewed event goers about their connections to the AIDS epidemic, AIDS activism, and art. View images and recordings of the performances and interviews below. 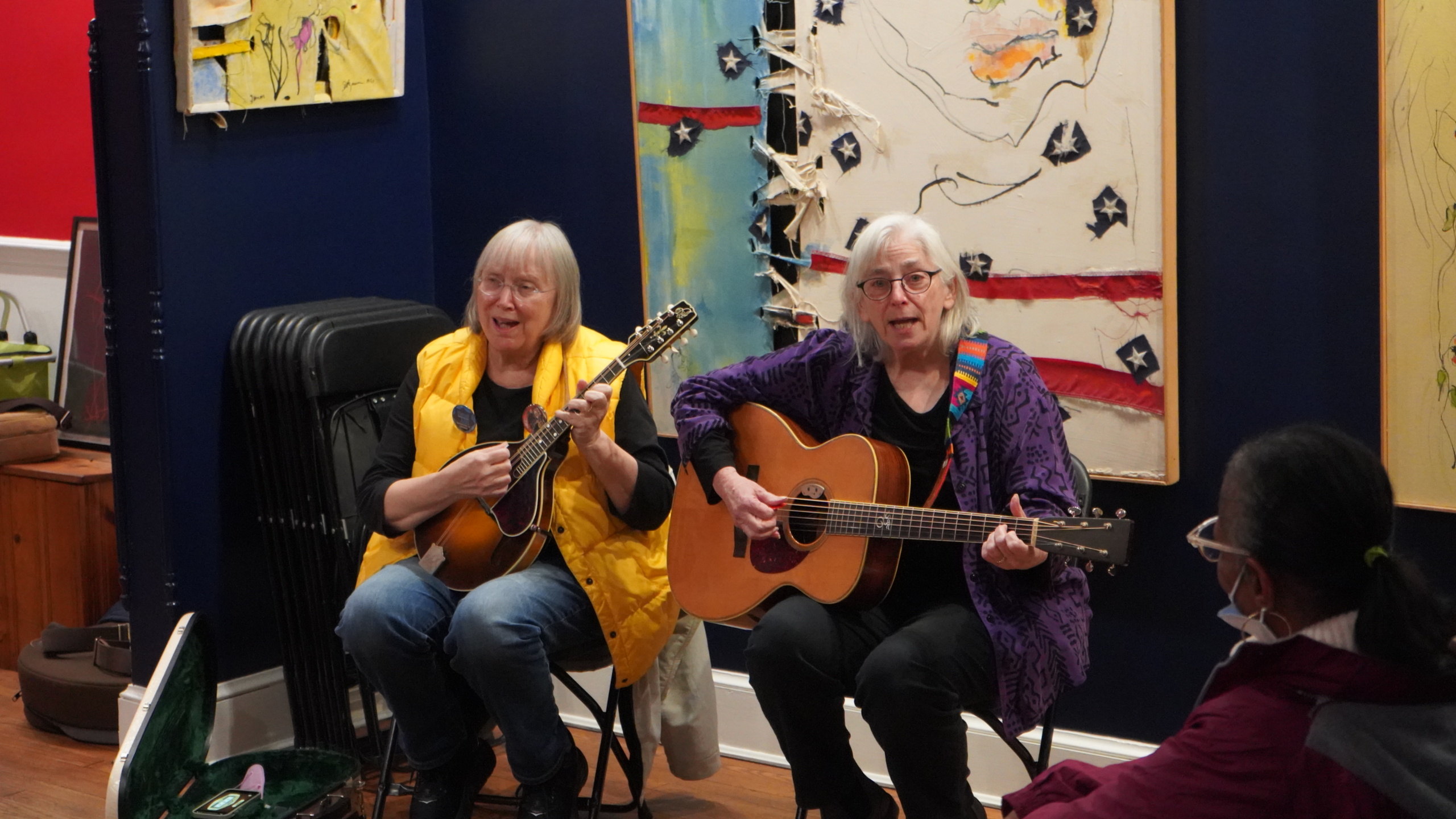 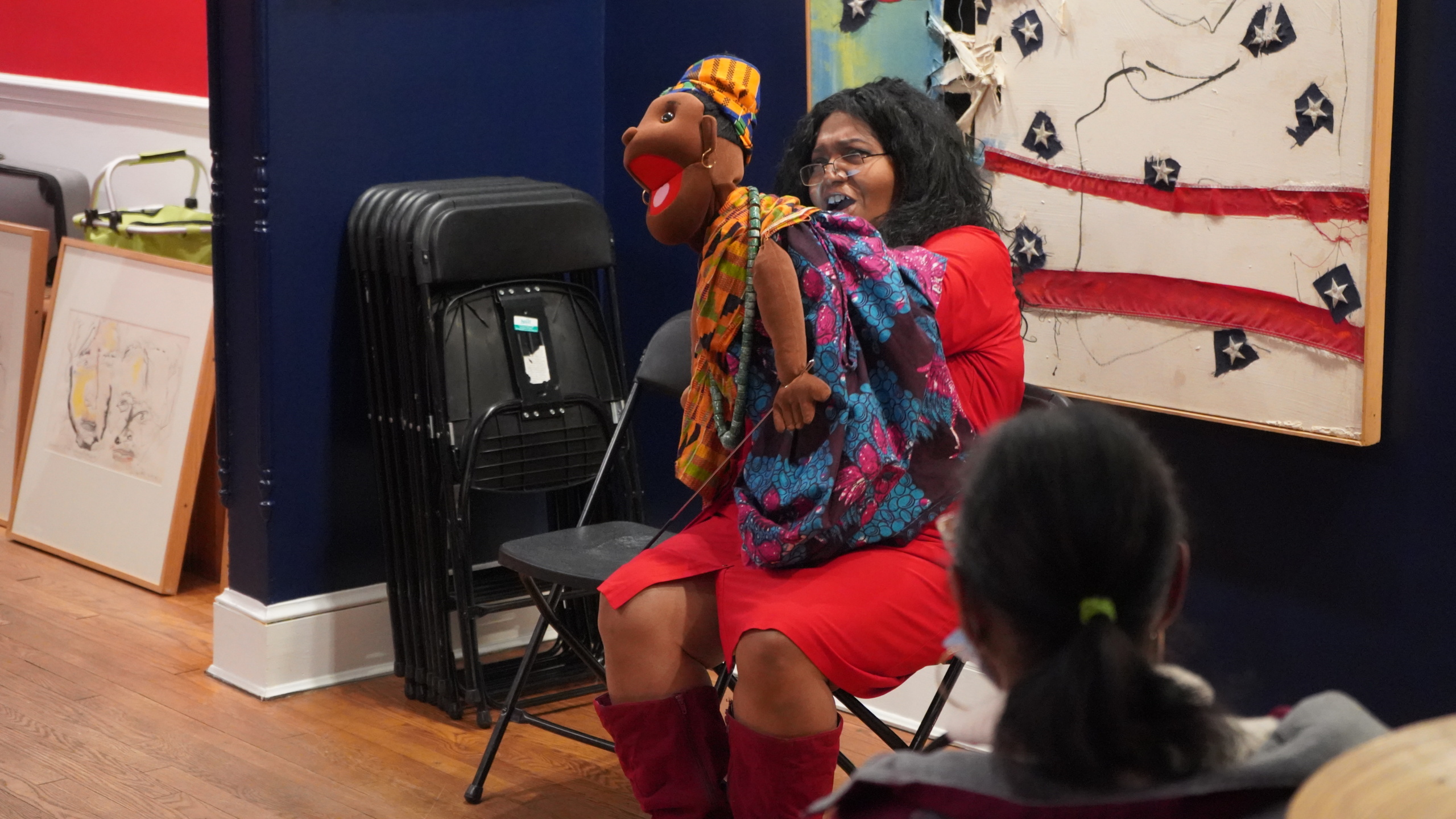 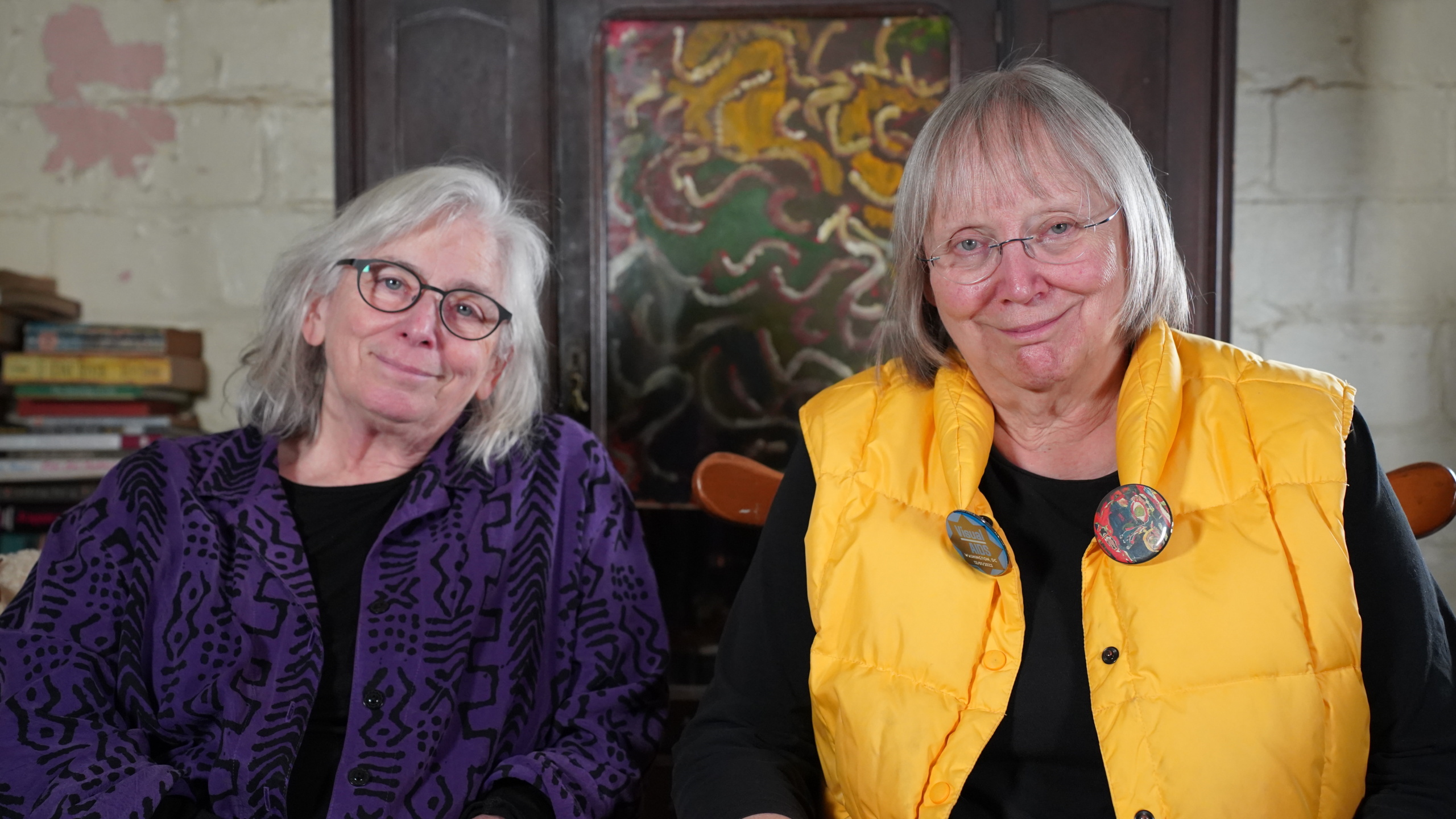 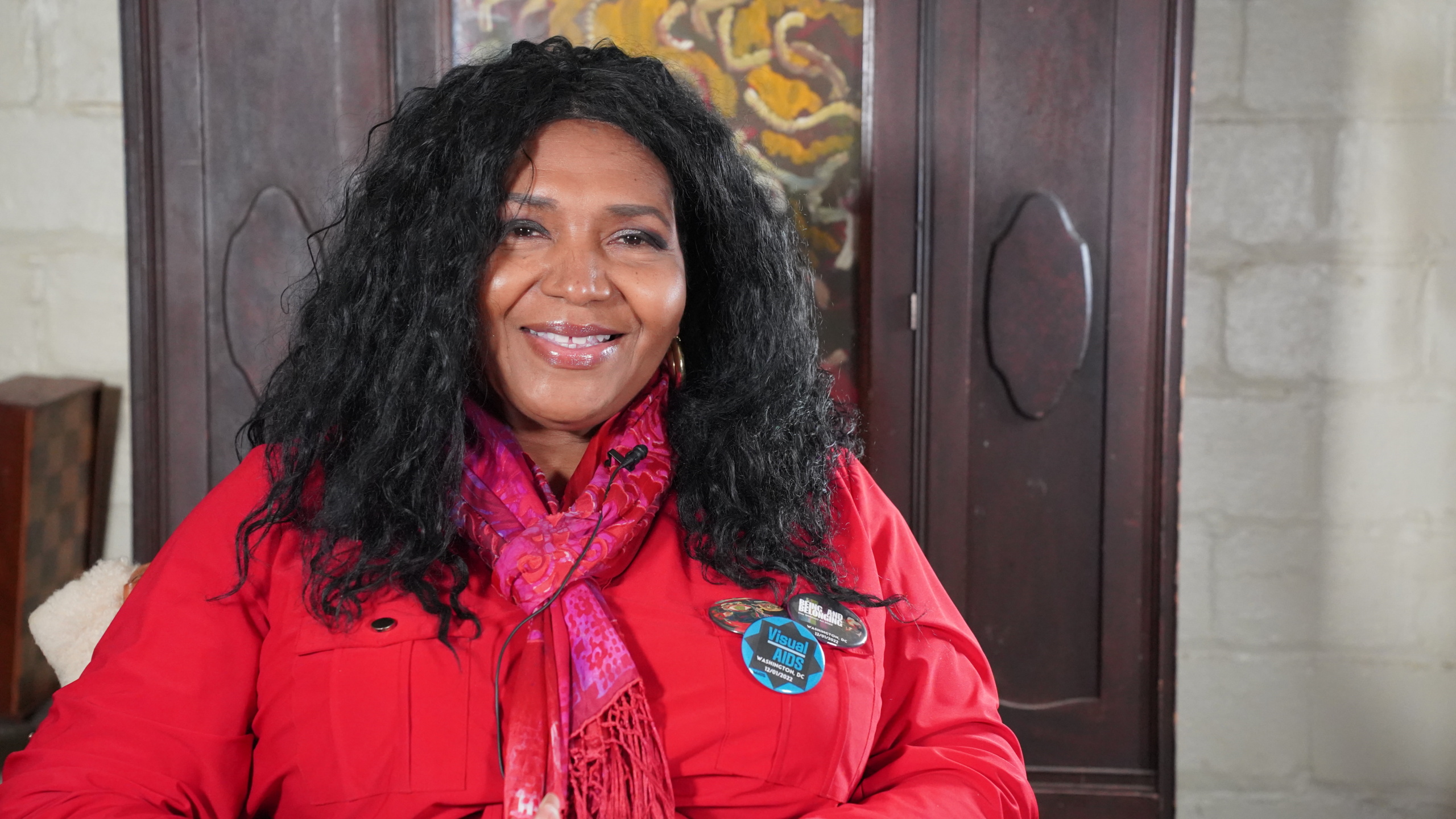