The DC Humanities Truck Fellows include a multi-disciplinary array of scholars, both faculty and graduate students, who are committed to the practice of community-based research.   The Truck Fellows are committed to an ethically grounded, collaborative research process as they engage communities in the DC metropolitan region.  The truck project creates an exciting tool that draws these Fellows together to engage in deeper dialogue with one another in order to help enhance each other’s practice. 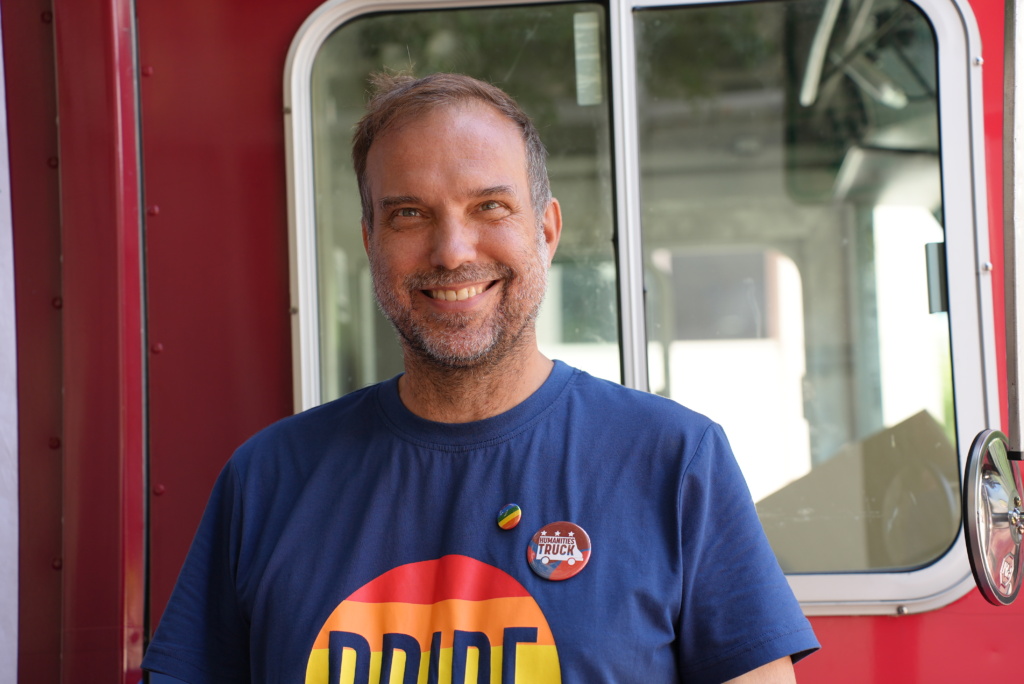 When he dreamed of being a truck driver as a child, Kerr never envisioned himself driving the Humanities Truck. But who knew how much fun that could be? Working alongside other visionaries at American University, Kerr, an associate professor of history at AU, spearheaded and now directs the Humanities Truck Project. He is an active community and oral historian committed to the democratization of knowledge production. He is the Past President of the Oral History Association and directs American University’s Public History program. Since his earliest work with the Cleveland Homeless History Project, he has sought out ways to bring the oral histories he has collected back to the communities they originated from. Through community workshops, participants in his projects have collectively reflected upon and interpreted the gathered stories. He is currently working on the Mobilizing Against Homelessness project, which seeks to document and amplify the voices, perspectives, and analysis of those currently experiencing homelessness. 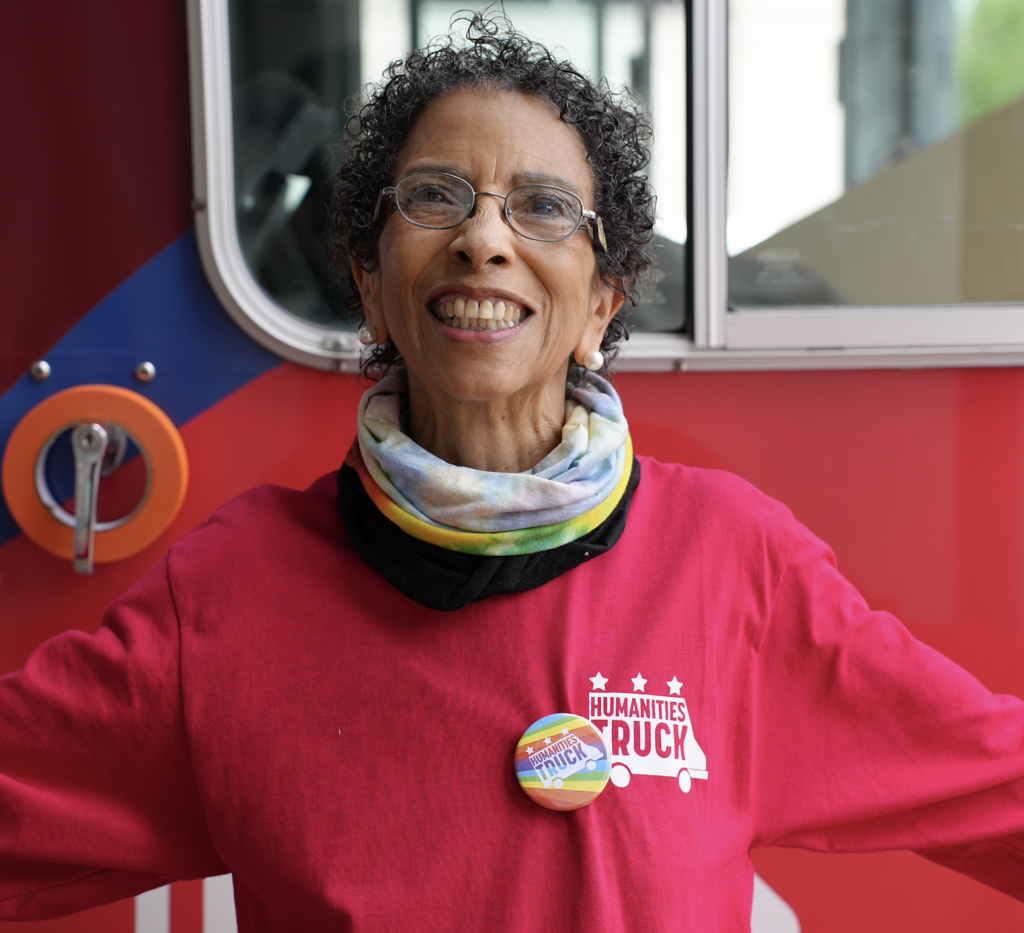 Angelyn (Angie) Whitehurst, is a native Washingtonian and active community who advocates for the homeless, the residents of the city, and for the country. She is a writer, poet, artist, actor, and film producer who also volunteers, serves on the Board for the DC Peace Team, and is a regular contributor to Street Sense Media and other local newspapers. Angie brings a plethora of experience having worked for the local government, federal government, and overseas. 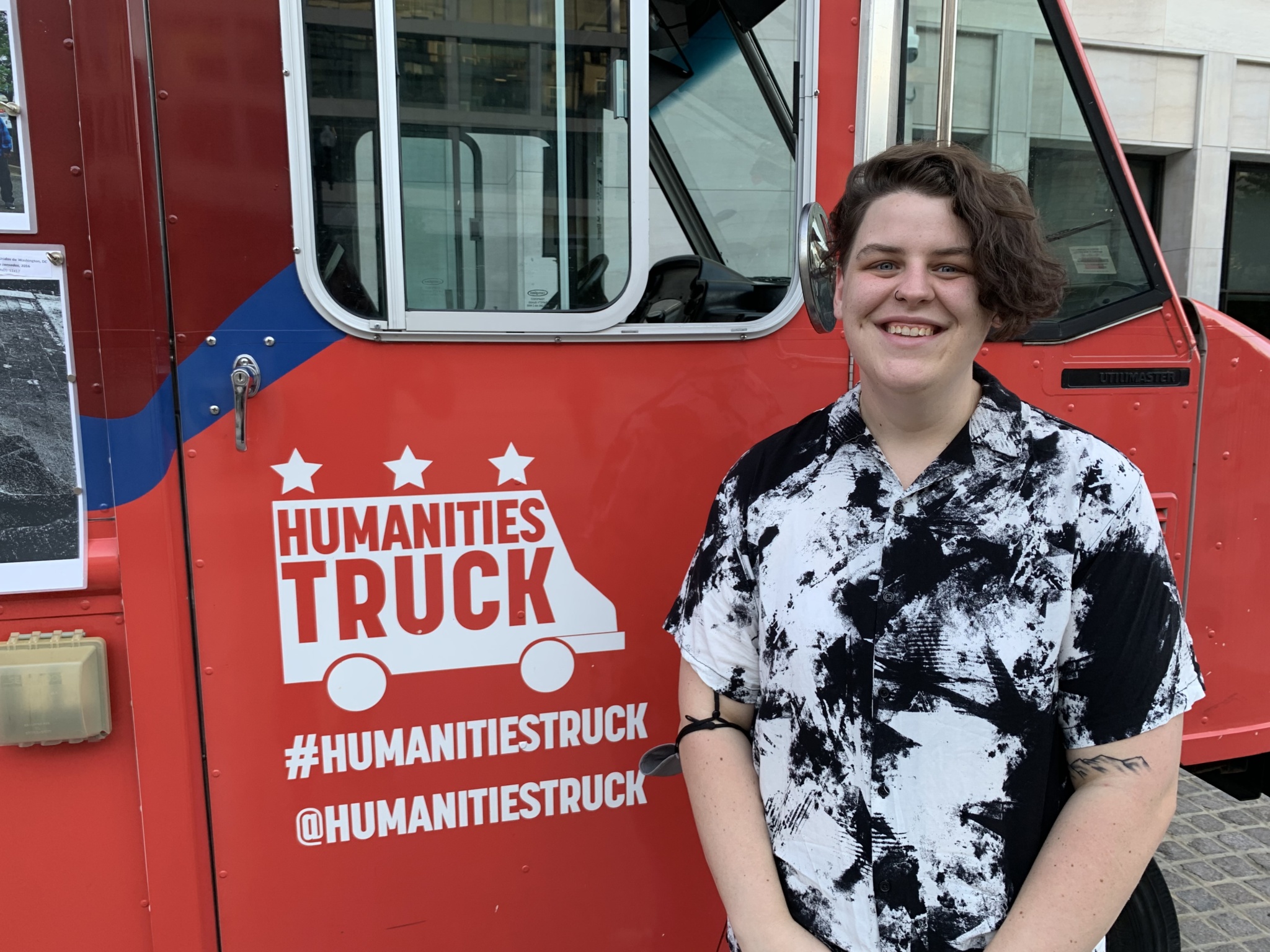 Morgan Carroll is a second-year graduate student in Public Anthropology. They received their bachelors in psychology from Sewanee: The University of the South and a masters in social work from the University of South Carolina. Her academic interests include the anthropology of food, especially in Queer and Appalachian Communities. They currently study food literacy and food waste in Washington, DC, focusing on the ways in which current food waste and food literacy interventions uphold white supremacist and capitalist ideologies and erase the humanity in daily food practices. 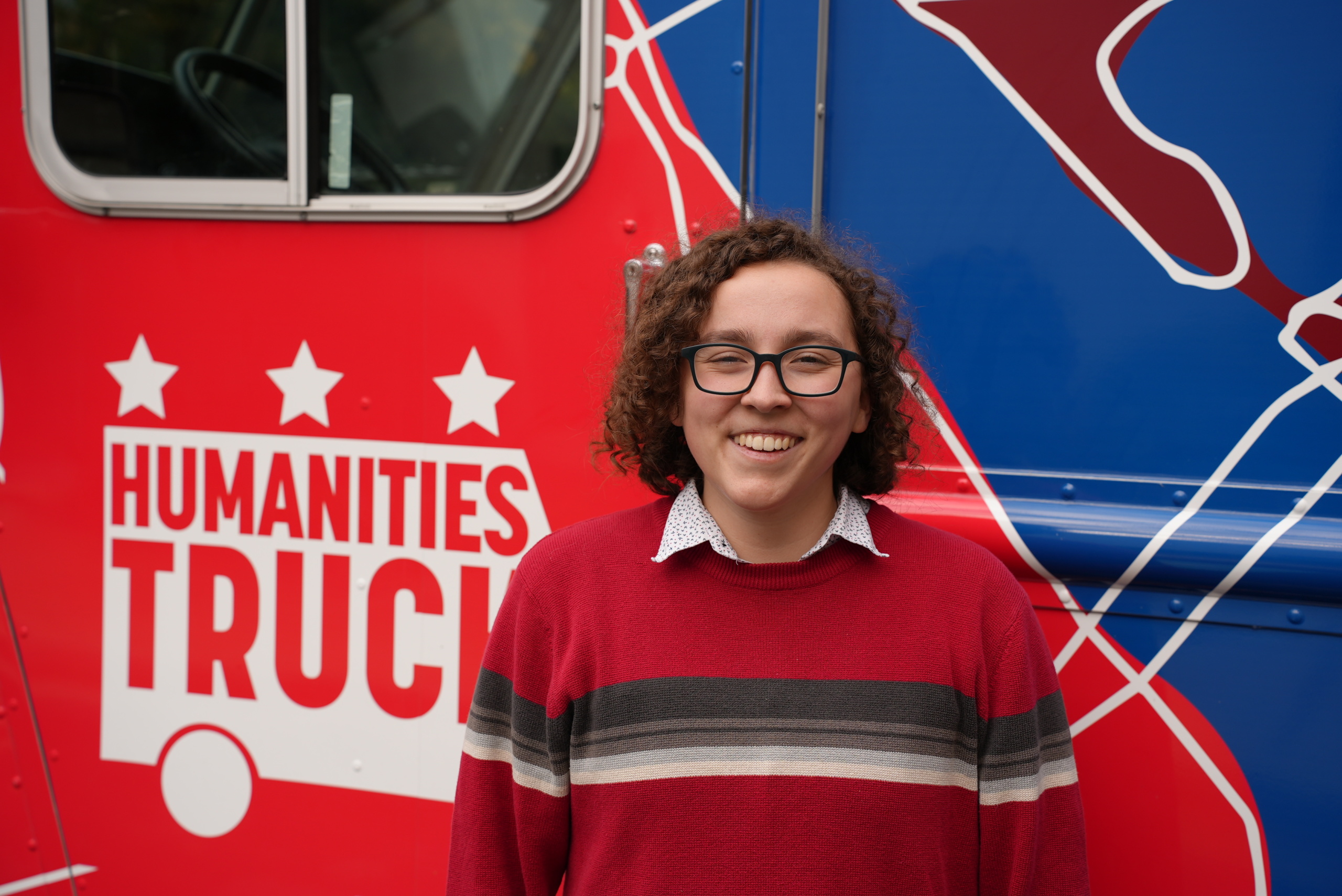 Corinne Davenport is a first-year graduate student in American University’s Public History MA program. She received a bachelor’s degree from Sarah Lawrence College, majoring in history with a minor in film production. Their main academic interest is nationalism and community formation, and they hope to further study localized queer communities and sports fan culture’s connections to group identity and exclusion. They also love producing and watching documentaries on local organizations, communities, and histories. 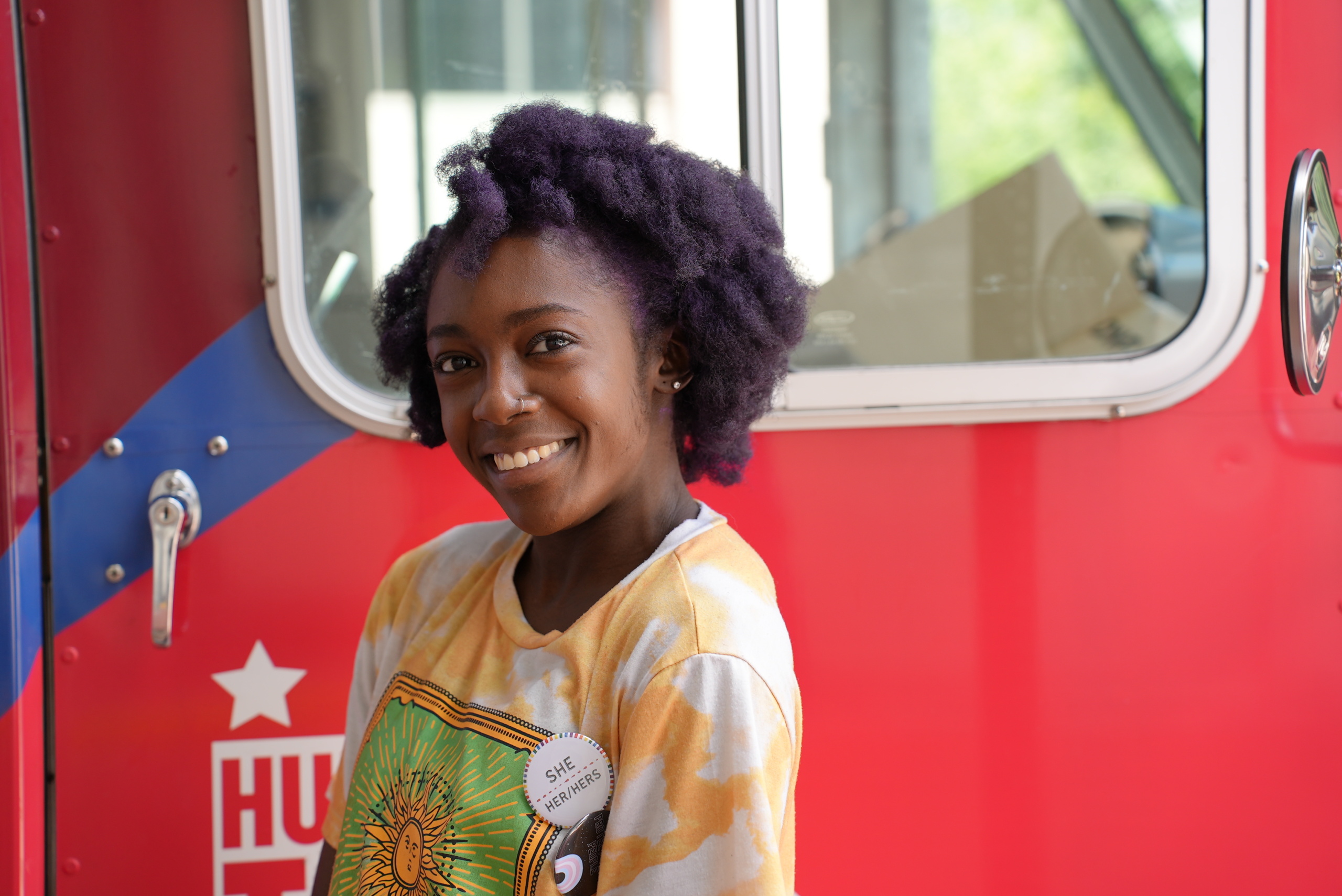 Sherrell Daley is from Brooklyn, New York, and received her BA in History with a minor in Theatre from Allegheny College. During her time in Allegheny, Sherrell was a member of the Global Citizens Scholars Program and a student intern at the Lawrence Lee Pelletier Library Archives. After graduating, she volunteered at the Museum of the City of New York. Sherrell is currently a graduate fellow for the Humanities Truck. Her academic interests include urban history, women’s history, museum education and curatorial studies. Outside the classroom, Sherrell enjoys traveling, and hanging out with friends.

Please press the arrows to toggle through the fellows’ profiles. 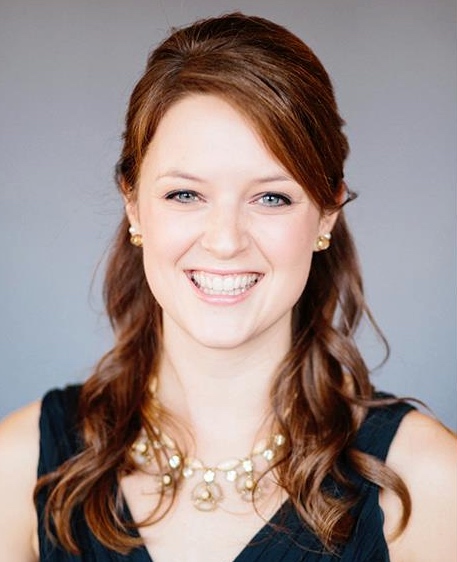 Alison Chrisler is a Professorial Lecturer in the Department of Health Studies. Dr. Chrisler is a Certified Child Life Specialist with over a decade of experience in community-engaged research and evaluation. Dr. Chrisler’s research and evaluation expertise focuses on working with children, youth, and families that are often overlooked, with a special emphasis on community-based interventions that enhance the wellbeing of community members and reduce health disparities. She is currently a Scholarship of Teaching and Learning Faculty Fellow developing a measure to capture critical thinking among public health undergraduate student. Additionally, Dr. Chrisler currently serves as the Executive Editor of The Journal of Child Life. 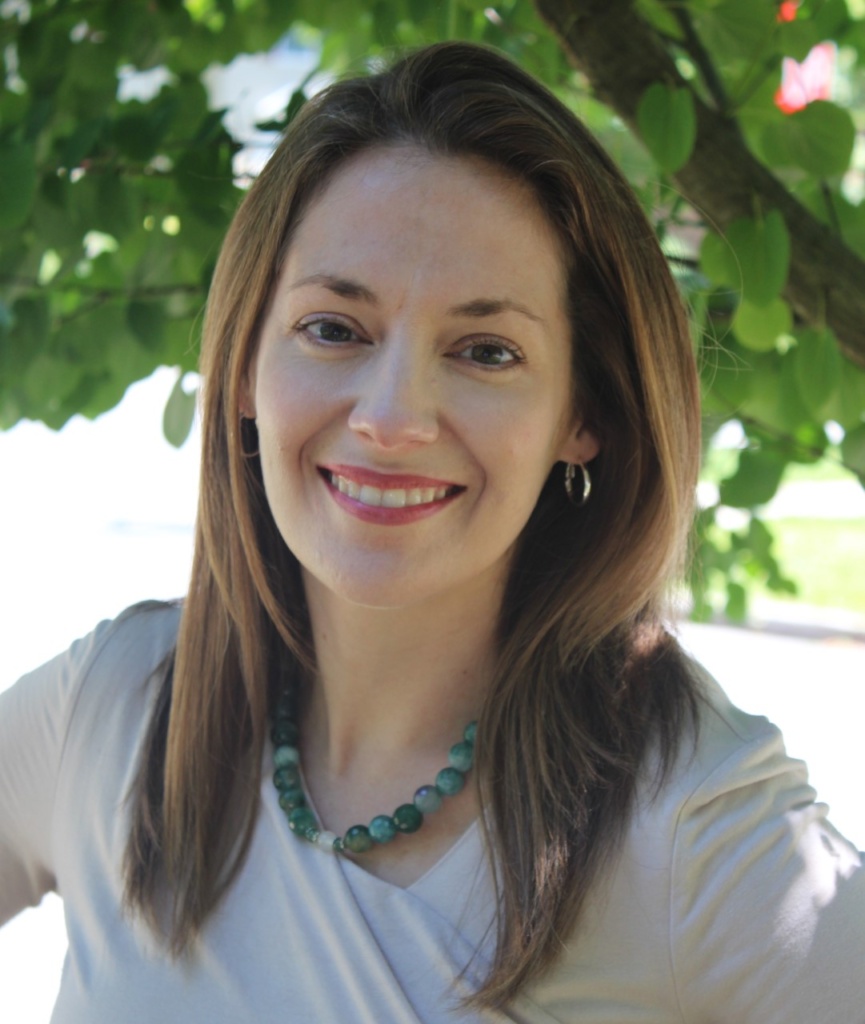 Melissa Scholes Young is the author of the award-winning novels The Hive and Flood and the chapbooks Guinea Pig and Scrap Metal Baby. She is a Contributing Editor for Fiction Writers Review and Executive Editor of Grace in Darkness, Furious Gravity, and From the Attic, anthologies by women writers. Her work has appeared in the Atlantic, Ms., Washington Post, Poets & Writers, Ploughshares, Literary Hub, and Believer Magazine. She has been the recipient of fellowships from the Bread Loaf Bakeless Camargo Foundation, the Center for Mark Twain Studies, and the Virginia Center for Creative Arts. Born and raised in Hannibal, Missouri, she is a professor in the Department of Literature at American University and serves as Director of Undergraduate Creative Writing. 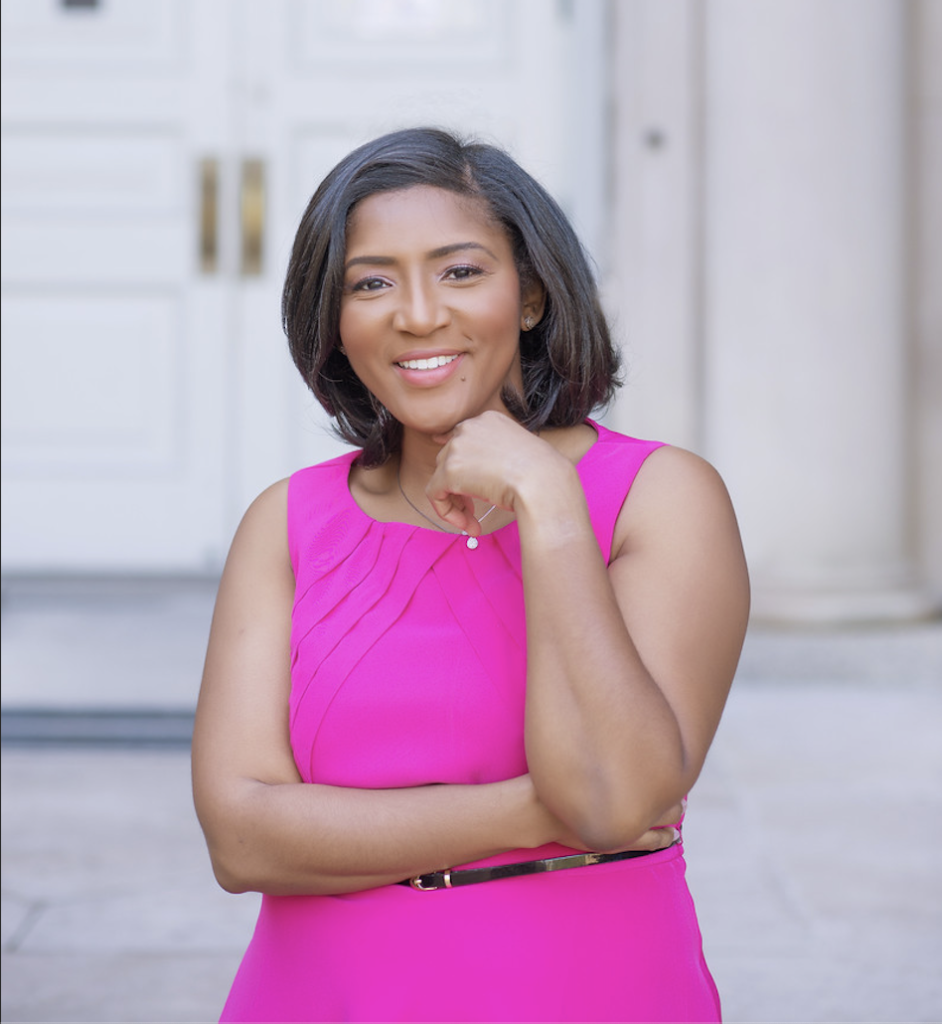 Carletta S. Hurt is an educator, producer, and youth advocate. An adjunct professor in the School of Communications, she is passionate about all things Black girls and women. Her award-winning documentary, Clothed Minds, was a catalyst for this project as she works to amplify the voices of Black girls in education and beyond. She also produced NOISE, a short about a young black male teen’s struggle with mental health, and the award-winning short, The Catcher, based on her experiences as a school counselor supporting homeless students. This Georgia native comes from family of activists, entrepreneurs, and creatives. Her desire to tell stories started when she became a Teen Reporter for her local paper, The Macon Telegraph and News. Since that time she published over three dozen articles and produced nearly two dozen media projects. A self-proclaimed SUDOKU champion, wordsmith at Scrabble and Words with Friends, she has worked as a teacher, administrator, and currently works as a school counselor in Washington, DC. Hurt is pursuing her doctoral degree and is a mother to the most amazing little person, William. 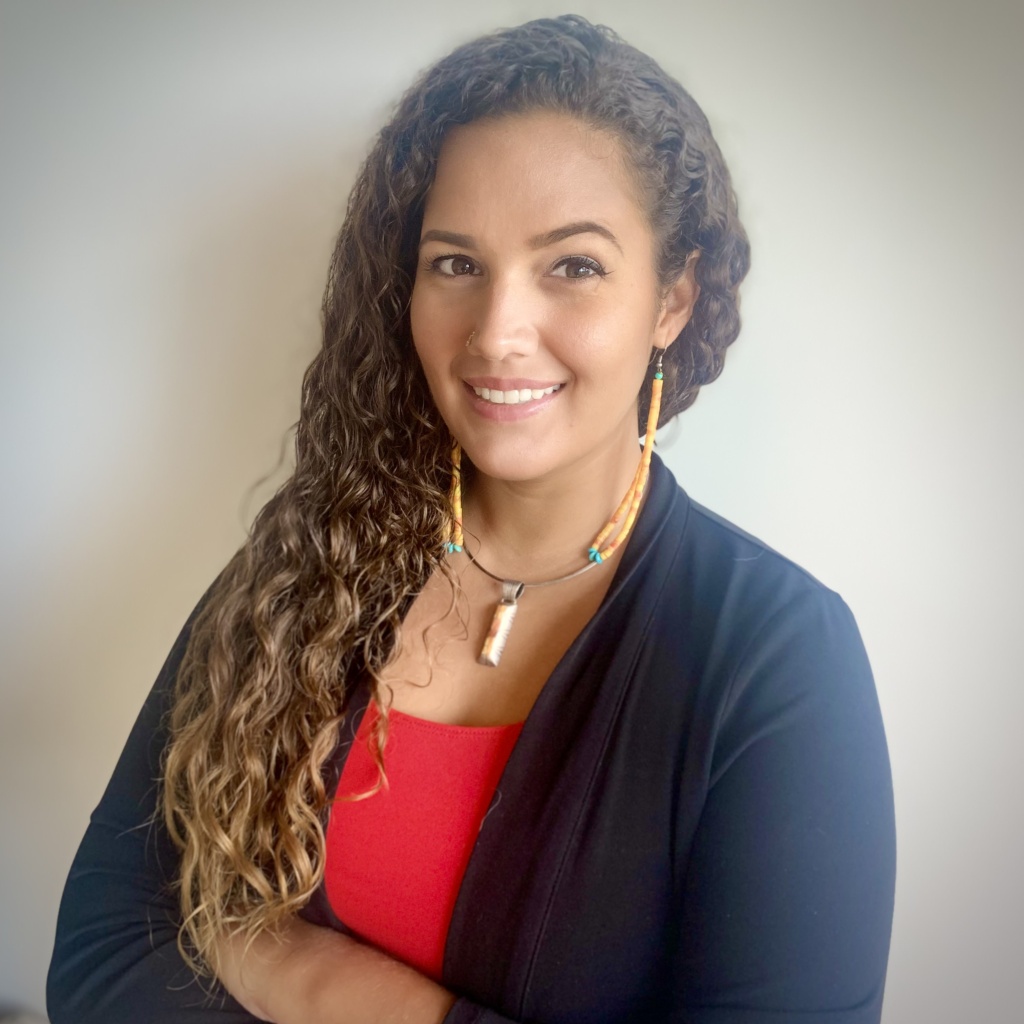 Elizabeth Rule is an enrolled citizen in the Chickasaw Nation) and an Assistant Professor of Critical Race, Gender, and Culture Studies at American University. Rule’s Critical Indigenous Studies research has been featured in the Washington Post, Matter of Fact with Soledad O’Brien, The Atlantic, Newsy, and NPR. She has also released articles in American Quarterly and the American Indian Culture and Research Journal, and has two forthcoming monographs. The first, Indigenous DC: Native Peoples and the Nation’s Capital (in production, Georgetown University Press), analyzes historical and contemporary sites of Indigenous importance in Washington, DC. Rule’s second book project, Reproducing Resistance: Gendered Violence and Indigenous Nationhood, links reproductive justice and the Missing and Murdered Indigenous Women; this work received the Association for the Study of Law, Culture, and the Humanities’ Julien Mezey Award in 2020. Rule is the creator of the Guide to Indigenous DC (2019), Guide to Indigenous Baltimore (2021), and Guide to Indigenous Maryland (2022) digital map and mobile applications. Rule’s work has received support from the Henry Luce Foundation, MIT Solve, Ford Foundation, Center for Black, Brown, and Queer Studies, and more. 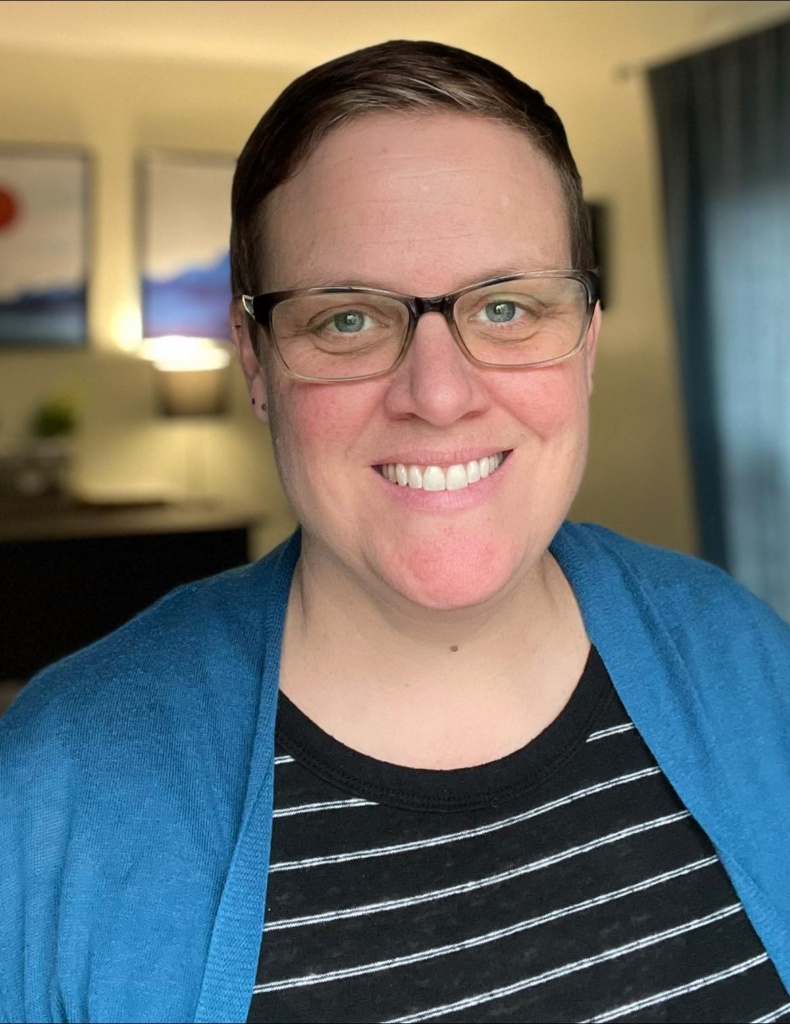 Jane Palmer has more than a decade of experience working in community-based non-profit organizations with children, youth and adults as a social worker, advocate, community organizer and manager, with an emphasis on the eradication of violence. In addition to her Humanities Truck project with DC Action, she is engaged in community-based research projects with Trans Lifeline and the Maryland Network Against Domestic Violence. All three projects are grounded in her belief that the people affected by an issue should inform the solutions to that issue. At American University, she is a term associate professor in the School of Public Affairs, the founder of the Community-Based Research Scholars program, and the faculty advisor for the undergraduate certificate in community-based research. She teaches courses on research methods, gender violence, transformative justice, and child & family policy. 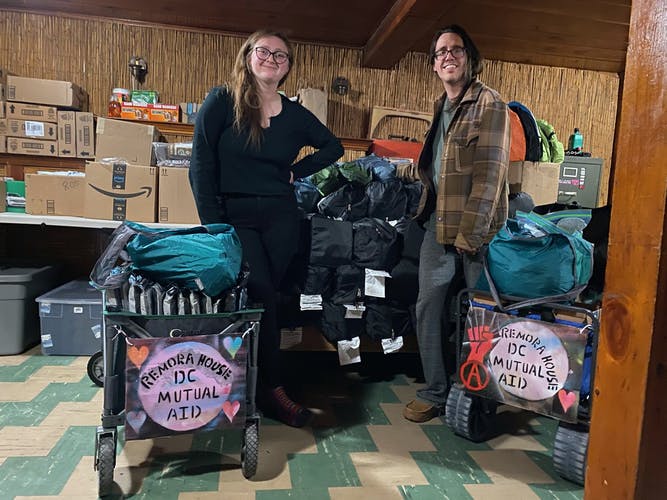 Shannon Clark and Aaron Howe are both PhD Candidates in the Department of Anthropology and co-founders of the unhoused support collective Remora House, which provides material aid and advocacy for unhoused residents of Washington D.C. Shannon is currently completing her dissertation research on petrochemical manufacturing, regulatory science, and environmental policy in the U.S. Aaron conducted their dissertation research about Business Improvement Districts (BIDs) and the management of public space with the unhoused community living in the NoMA neighborhood of D.C., and has published several opinion pieces with the Washington Post and StreetSense advocating for the city’s unhoused communities and for decreasing the power of undemocratic public-private partnerships that drive gentrification. Together, they do weekly supply distributions at unhoused camps around the city, provide material aid to other unhoused outreach and support groups, help neighbors transition into stable housing, and advocate for the right of unhoused people to live in public spaces.